On Monday we attended an advance screening of Aquaman in 3D, the latest addition to the DC Extended Universe (DCEU). Since the movie officially comes out today, I figured we should put together some of our thoughts to encourage others to see it! 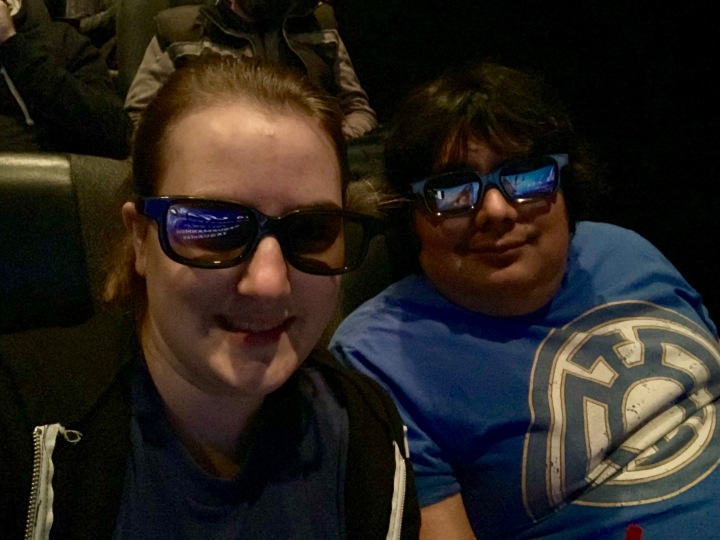 The action scenes were really fascinatingly well done. I’m not one to enjoy much action, but the first fight scene (I’ll try to remain vague here) had a sort of jumpiness to it that caused it to look almost digital, but in a good way. Later in the movie there was a split fight sequence (think 1:1 and 1:3) and the way they filmed the two together and separate was really neat.

Not a whole lot for me to report on here, but I wanted to mention that at times the music sounded like it came from Tron: Legacy. I really liked it because I’m a huge fan of the Tron: Legacy soundtrack, but that really added to the futuristic effect throughout the movie.

Anthony really liked how well the water screens were put tougher. He remarked that sometimes when water scenes are done it can seem dark and dreary, but in Aquaman they managed to make them look bright and futuristic which was a nice twist.

One thing I noticed about the water screens was that t first it seemed like there was going to be an effect on their voices when they spoke under water, but that seemed to go away almost instantly. That probably was for the better though, as it might have been hard to understand them long-term.

Anthony mentioned it seemed like they just breezed by all of the significant event’s in Aquaman’s history in the first 30 mins of the movie. So although they did a great job touching on all of the various parts of his history, it did feel a bit packed.

All in all, this is the closest that DC has come to making your standard Marvel movie (Anthony’s shade, but I agree). Even with all of the action, I really enjoyed it which says a lot. Seems like it’d be a good family movie. So go get your tickets and see it today! 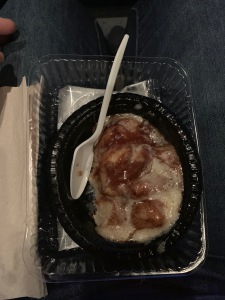 PS: If you watch movies at a Regal Cinema theater, you should definitely try the Cinnabon Gooey Bites, sure they’re upwards of 500 calories (so I eat them only on days I have worked out) but they’re absolutely delicious! So be sure to give them a try next time you’re at a Regal movie theater, if you’re a cinnamon nut like I am.

One thought on “Aquaman”

Carissa (31) lives in Richmond, VA with her husband Anthony, daughter Wilhelmina (Willa), and their 4 rescue dogs and 1 rescue cat. She spends her days as a Happiness Engineer for Automattic (WordPress.com), and the rest of her time volunteering, catching up on TV, playing with new tech, or hanging out with her fur babies. View all posts by Carissa F.