As mentioned in Mackey’s post, on Black Friday we purchased 2 Wisdom Panel 3.0 DNA tests for only $49.99 (that’s more than 44% off)! We just heard back that both samples have been accepted, so they’re starting to process them now. We should hear back in a few weeks, but in the meanwhile here’s some info about Splotchy and a chance to guess what he is.

Splotchy’s about 9 years old, with an approximated DOB of October 2nd, 2009. He came into Adopt-A-Pet of Victoria, TX on April 22nd of 2010 and Anthony and I adopted him a few months later on August 3rd. He fluctuates in weight from 8 lbs. to 12 lbs.

When he first came in to Adopt-A-Pet he had a pretty sad story. The story goes that he had followed some kids hime from school and somehow ended up in a neighbor’s garage or yard. The owner of the house decided to abuse him, and someone caught this on camera – they were drop-kicking him. Needless to say, the neighbors who recorded this also stepped in to save him and brought him to AAP. When he arrived he wasn’t injured as far as we could tell, and he was extremely happy-go-lucky which is remains to this day. We have no clue if anything ever came of the video they captured, they were supposedly going to turn in the video but we never heard any updates.

He spent a few weeks in quarantine as all new intakes do, and I happened to work in the quarantine building one day and captured this video:

At the time, I had assumed by his looks that he was a girl dog, whoops! But he reminded me so much of Mackey (Anthony’s first dog which you can read about here) so I just had to have him.

We brought him home and the rest really is history. He got along swimmingly with Mackey, right away. And as soon as we met Snuffy and our other animals he was in love with them as well.

Here are some of my favorite things about Splotchy:

He likes to nap in kitchens. 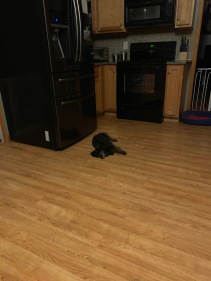 As he gets older, he “blep“s more and more. 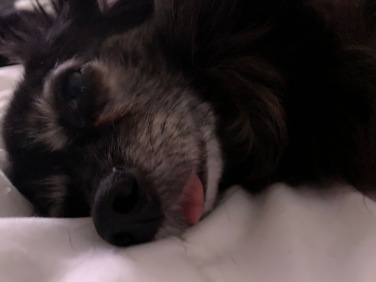 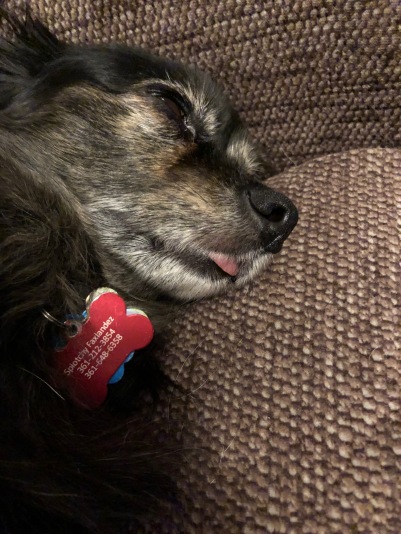 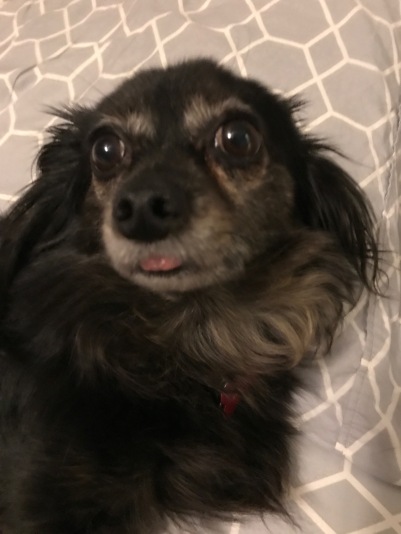 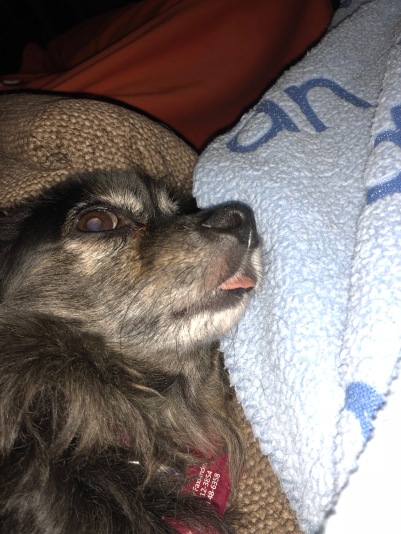 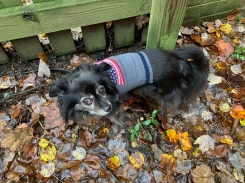 He loves to be groomed by his siblings. 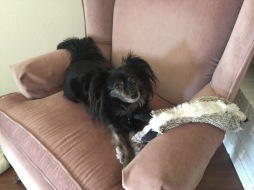 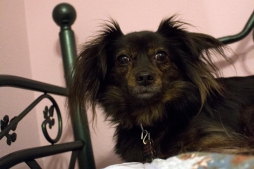 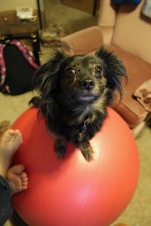 Now that you’ve seen a million photos and and a few videos of Splotchy, want to take a guess at what breed(s) he is?

PS: With this poll you can add your own guesses (if you select “other”), so don’t feel limited by these few options I have… those were just my own guesses from over the years. You can also select multiple options if you have a few breed guesses since he’s obviously a mix.

I’ll post the results as soon as we receive them, so follow our blog by clicking the Follow button at the right and you’ll receive an alert once it’s posted!