Yesterday, I published a post about DNA testing Theodore and gave you an option to make guesses as to what breeds he’s comprised of. Here’s what you all guessed:

I’m sorry to disappoint, but Theodore isn’t a “Derp” or a “Meat Popsicle” but without further ado, he is…

So there you have it. It doesn’t surprise me at all that Theodore is half “unknown” and a bit Border Collie and Labrador Retriever. The Beagle and Chow Chow were definitely a shock though!

Here’s how his family tree looks: 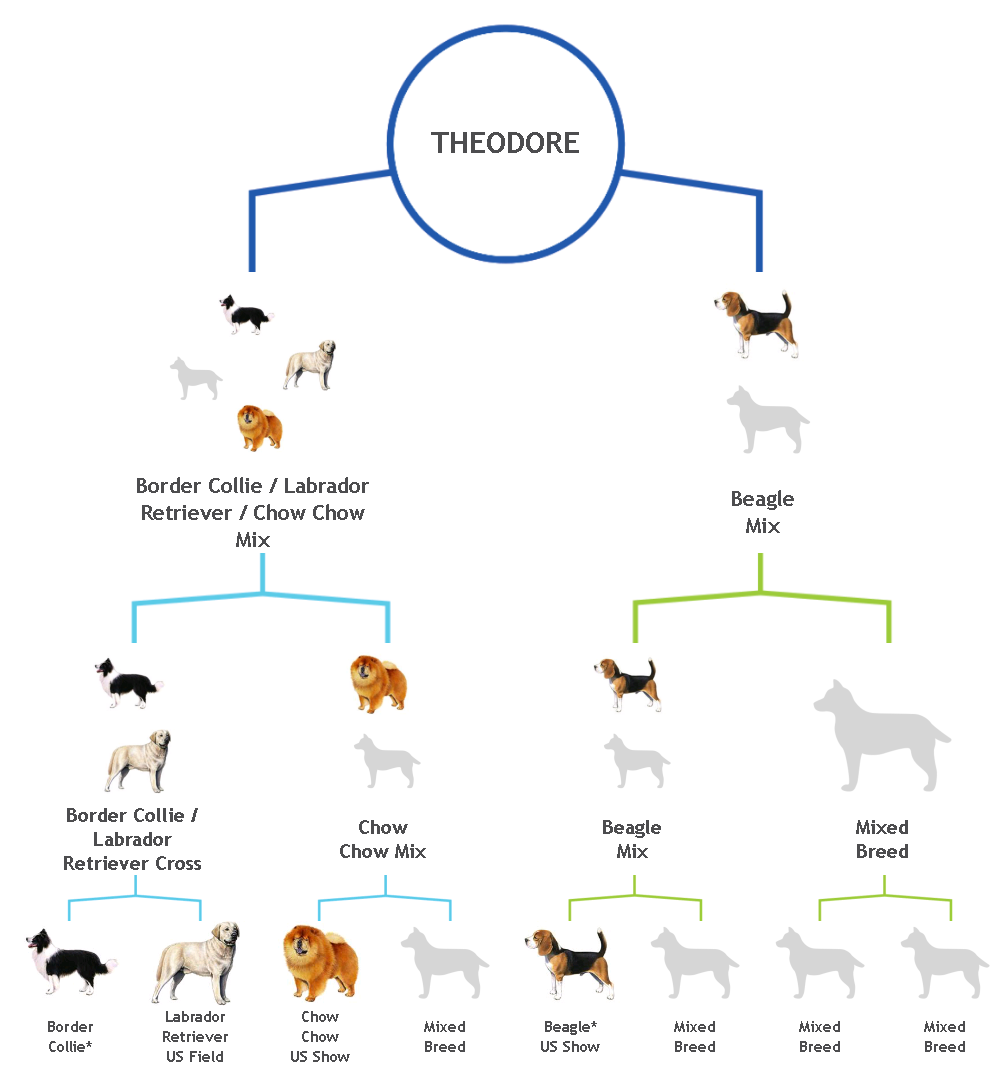 According to the analysis, he belongs to the Asian, Herding, Hound, and Sporting groups. I can totally see sporting as he’s pretty athletic when he wants to be (aka when he’s not napping on the couch) but I really don’t see any herding or hound traits in his personality.

When it comes to the Asian group (Chow Chow) it does mention that they are often reserved and wary with strangers and if you’ve ever met Theodore, you would know this is 100% true for him. He will constantly charge, bark, and show his teeth at our visitors. Sometimes he settles when they sit down, but will basically forget that he likes you every single time you get up from the couch. Coincidentally he has a broken jaw so this doesn’t tend to be a real problem.

Look-wise, I absolutely see the Border Collie and I can see the Labrador Retriever as well. I really don’t see any Chow Chow or Beagle in him though except maybe his posture?

What are your thoughts on the results and DNA testing for pets in general?

PS: Next we plan to DNA test Mackey once we get another Wisdom Panel 3.0 on sale of course 🙂